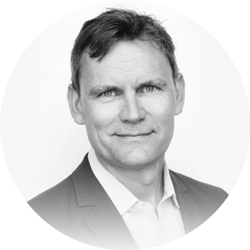 Hydrogen can avoid the pitfalls experienced by solar by moving faster and thinking smarter
Many new players in the hydrogen space are potential Nel customers or partners
Big opportunities are coming in green jobs, investments and related fields

It's time for hydrogen to revolutionize energy

We’ve heard it before… “the time for hydrogen is now!” So what makes this time different?

The answer to that – why hydrogen’s time really is here – is two-fold. First, costs are dropping dramatically. In Nel, we’re working hard to make that happen across all our product lines: alkaline electrolysers, PEM electrolysers, and hydrogen fueling stations. A good example of that is our investment in Herøya, the new alkaline electrolyser manufacturing plant we’re building. We’re expanding capacity by close to 15 times what our current factory in Norway. Just this first step alone is expected to cut electrolyser costs almost in half. And with the addition of three more lines, we’ll cut the costs almost in half again. That’s just one example!

And the second difference in what makes hydrogen’s time now also has to do with costs: mainly, that the cost of renewable energy has dropped dramatically in the past years and continues to do so. In many parts of the world, the costs of wind and solar are already out-competing fossil. This is crucial because the main cost factor of hydrogen is the energy input.

When you combine these two cost factors, it really is a killer combination. And it will lead to, as we like to talk about in Nel; fossil parity.

We’ve seen it before

Another reason I’m so confident about the timing is because I’ve seen this “movie” before. The development we’re seeing in green hydrogen today is very similar to what we saw in the solar industry a decade ago. We’re witnessing a fast-growing, global industry with costs that are dropping even faster than predicted just a year or so ago.

A key difference from solar, however, is the mature base that hydrogen today is able to build from. Hydrogen has been in use for industrial purposes for more than 100 years and Nel has been around for almost as long. Our technology is tried and tested – and has been improved continuously over the years – and we have unparalleled in-house knowledge. We’re in an enviable position of being able to grow from an already solid base, with decision-making and tech development rooted in experience. If we take the best from solar – cutting costs, growing aggressively, etc. – but use the experience we have in-house, we can make better decisions, even when making them quickly. That gives hydrogen a key advantage that solar didn’t have.

The timing is right

Society is at a pivotal point. Now, more so than ever, the need for an energy transition is obvious. And green hydrogen is key to undertaking that energy transition. For one thing, to throw another Nel catch phrase your way, hydrogen is key to unlocking the potential of renewables. What do we mean by that? Renewable energy is intermittent, but energy needs aren’t. In order for society to rely fully on renewables, that energy needs to be stored, moved, and accessible even when the sun isn’t shining and the wind isn’t blowing. Hydrogen makes that possible.

Further to that, hydrogen will make renewables relevant in a wider way; there are certain industries that are impossible to decarbonize without the use of hydrogen. If we consider the ammonia, steel, or cement industries, for example, there are no other realistic options for decarbonization. And, conveniently, many of the hard to decarbonize industries are already using (fossil based) hydrogen, so the switch to green hydrogen is natural and relatively easy.

As already noted, Nel has been at this for a long time. We have a leading position in the industry and have deployed more equipment than anyone else. Our experience speaks for itself. But I think what really makes the difference is that we recognize that that’s not enough; we’re not satisfied with staying still. We’re moving aggressively forward, recognizing that we can’t just dwell on the past. We have to run faster than our competitors going forward, too. We have to cut costs faster, expand faster, take bigger steps, and develop our industry and organization faster. That’s the big challenge now going forward. And we’re up for it!

© 2020 Nel ASA. All Rights Reserved. H2Station, Nel, number one by nature, Optifill, Proton, StableFlow, and the Nel and Proton logos are trademarks of Nel ASA or its subsidiaries.