As a company which conducts business on all continents, our compliance system is vital in order to achieve sustainable value creation and a robust culture. 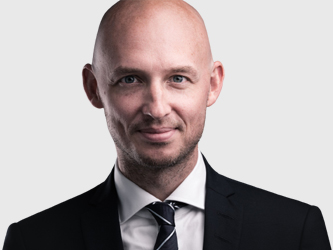 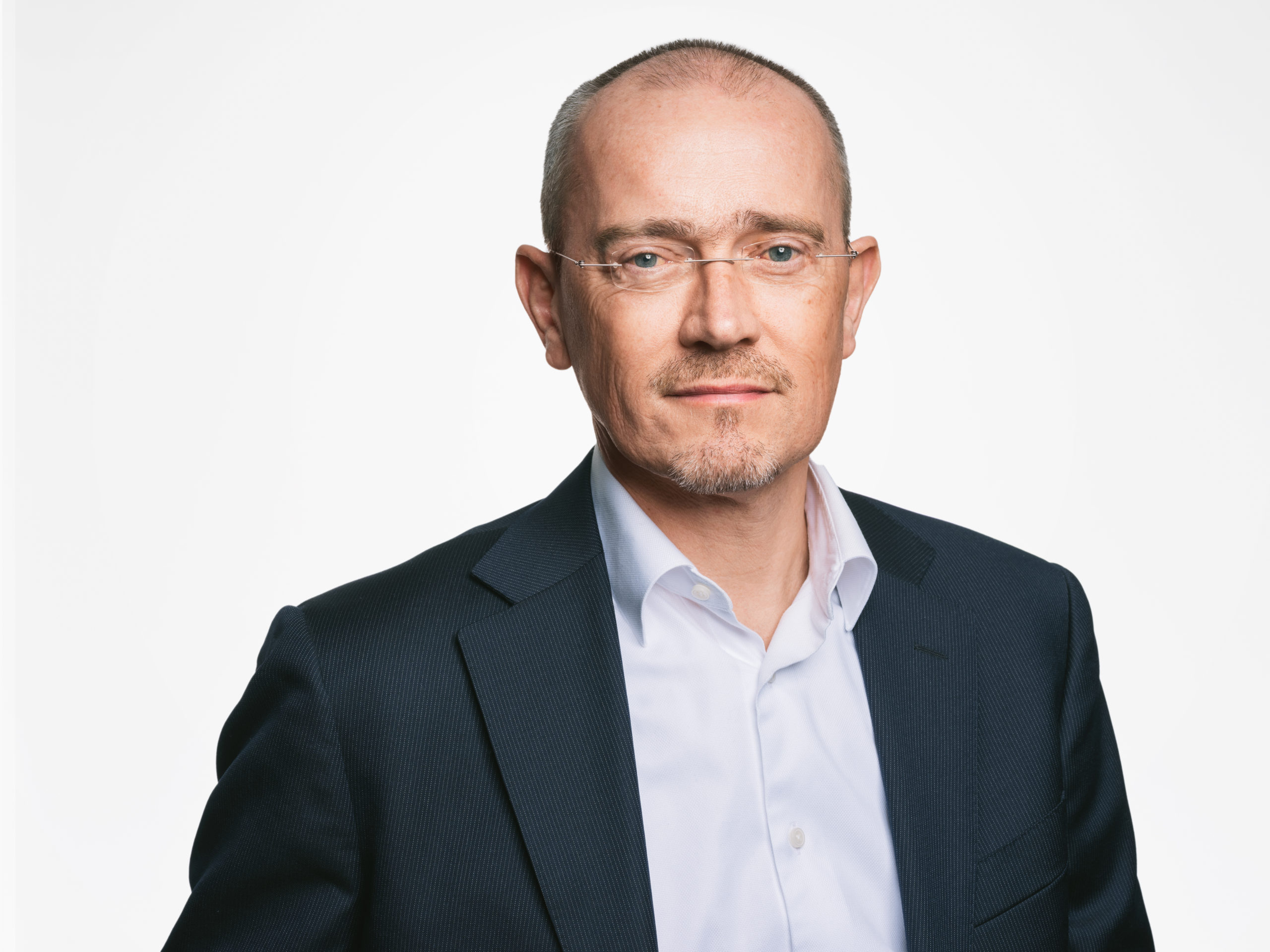 Filip Smeets is CCO Electrolyser and joined Nel in February 2020.  Mr. Smeets has been in the electrolyser industry for more than 10 years and comes from a position as Managing Director for Hydrogenics in Belgium where he was responsible for all Hydrogenics electrolyser activities. Prior to that he held senior positions in several global industrial companies such as Cabot Corporation and Cytec Industries. Mr. Smeets holds a Master degree in Chemistry from the University of Antwerp, Belgium. 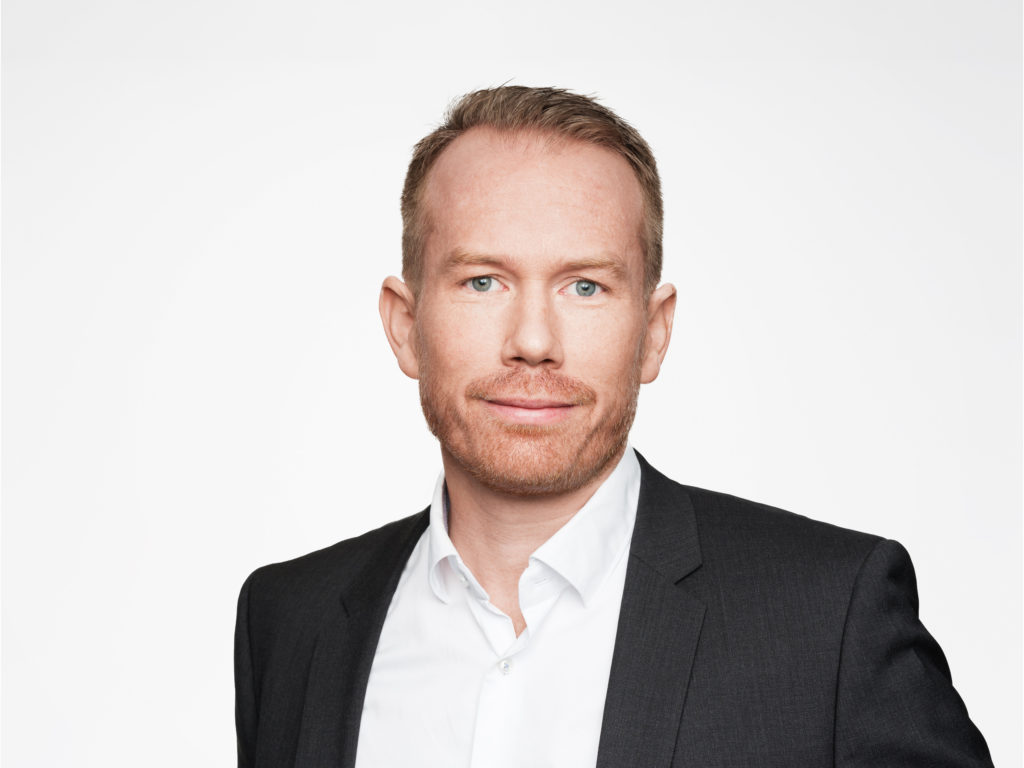 Stein Ove Erdal is Senior Vice President Legal and General Counsel and joined Nel in May 2019. Erdal comes from a position as an Associate General Counsel in Nexans Norway AS where he worked for nine years with complex offshore EPCI and EPC projects. He also has experience from working as a lawyer in the oil and gas division of Arntzen de Besche, as a deputy judge and as a defence counsel. Erdal holds a Cand. Jur. (Qualifying law degree) from the University of Oslo. 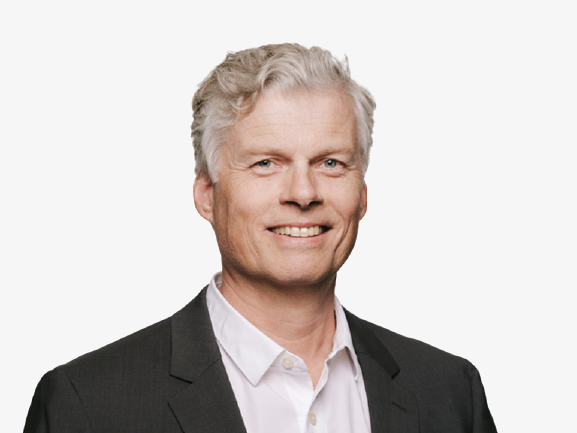 Hans H.Hide is CPO Electrolyser and joined Nel in March 2019. Mr. Hide has since 2012 held management positions in some of Kvaerner's largest projects within the oil and gas sector. He has previously served as Project Portfolio Manager ALSTOM, and as Vice president Projects in REC, where he also held several management positions in the projects covering REC's expansion program within Solar and Silicon. 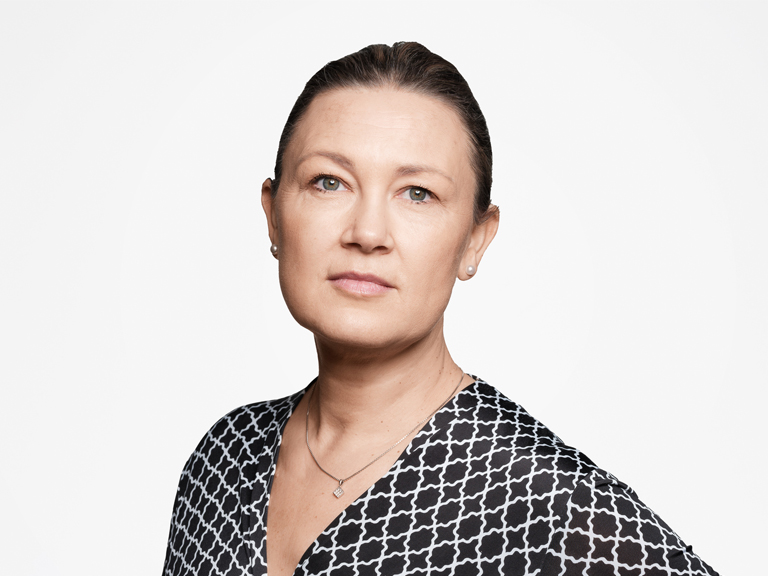 Caroline Duyckaerts joined Nel ASA as Chief Human Resources Officer in January 2021. Mrs. Duyckaerts comes from the position as head of HR for one of Hydro's business area. She previously also led the People & Leadership development for Hydro and has further HR and change management experience from several well-known companies incl. Hydro, Deloitte, Yara (Hydro Agri), Accenture. Caroline Duyckaerts is a Belgian citizen and holds a master of Engineering and Business Administration from HEC Liège, complemented with an education as executive coach. 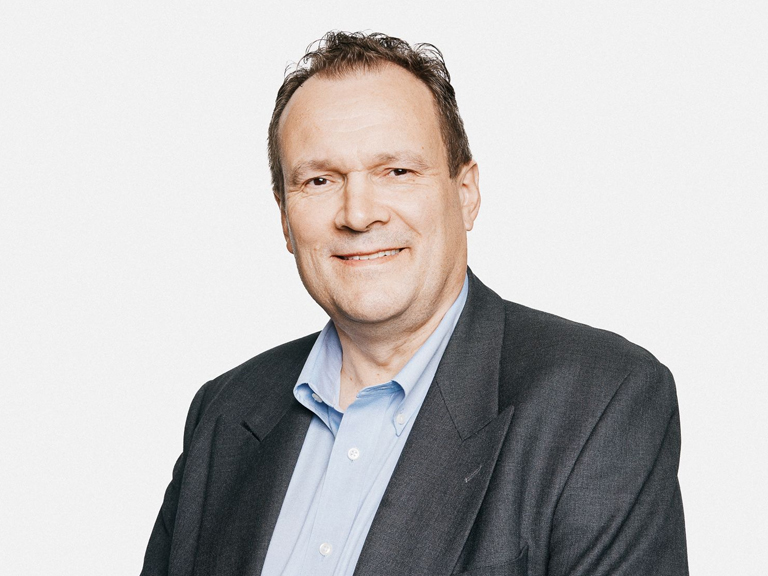 Esa Laukkanen was appointed COO effective 1 August 2022. Esa has a background from leading global operations, industrialization and automation processes, having worked for twenty years in ABB, and later leadership of products, operations, and technology of automated systems at Jepptech. Mr. Laukkanen holds an MSc in Industrial Engineering from Lappeenranta University of Technology. 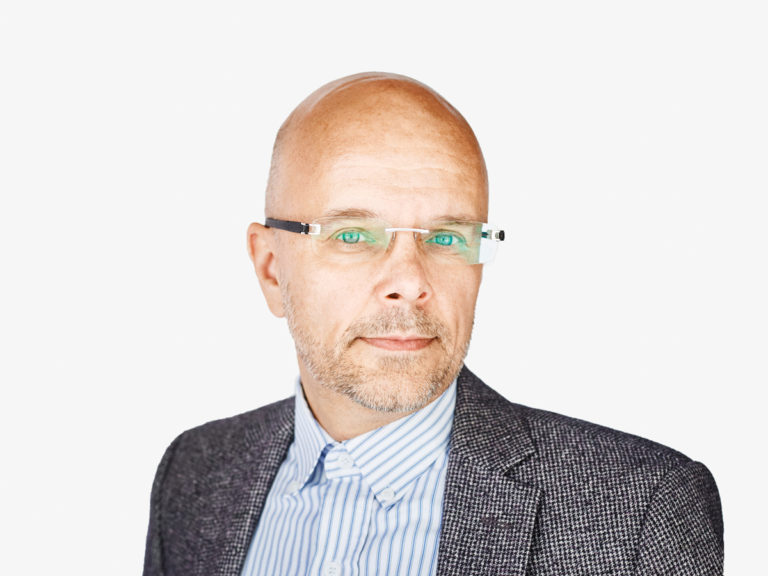 Anders Søreng joined Nel from May 2016. He has previously served as Senior Vice President in REC Solar, where he held various management positions since 2008. He has recently worked as SVP & CTO of Norsk Titanium and holds a PhD from the Norwegian University of Science and Technology (NTNU). 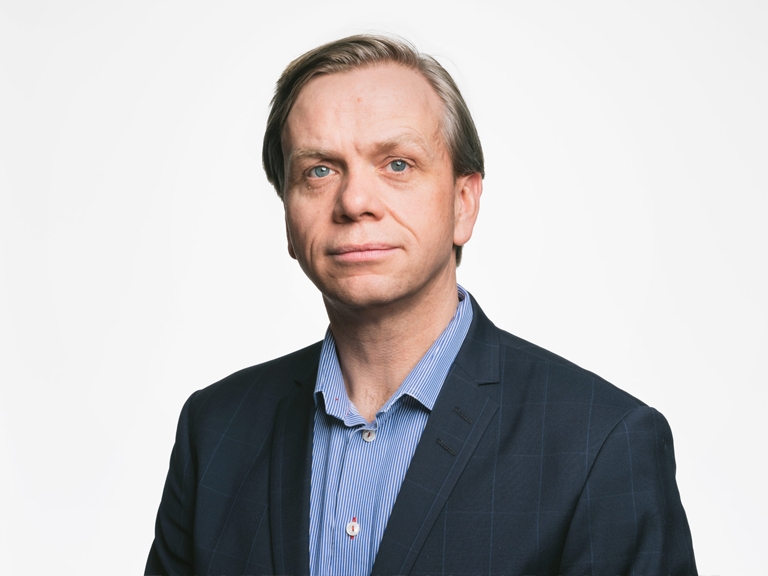 Kjell Christian Bjørnsen was appointed CFO effective 1 March 2020. Mr. Bjørnsen came from a position as Chief Financial Officer (CFO) of the Kavli Group, and has, prior to that, held positions within business development, strategy, and finance in several global industrial companies, including the CFO position of REC ASA. Mr. Bjørnsen holds a MSc in Chemical Engineering from the Norwegian University of Science and Technology (NTNU). 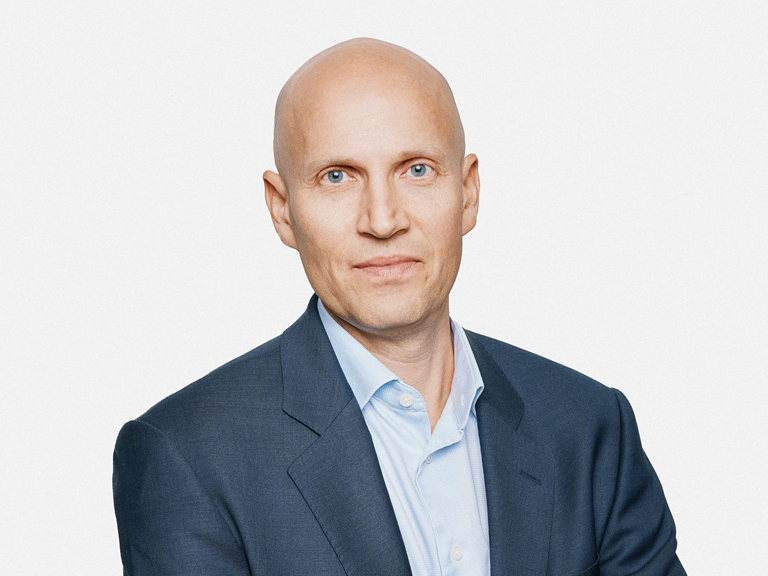 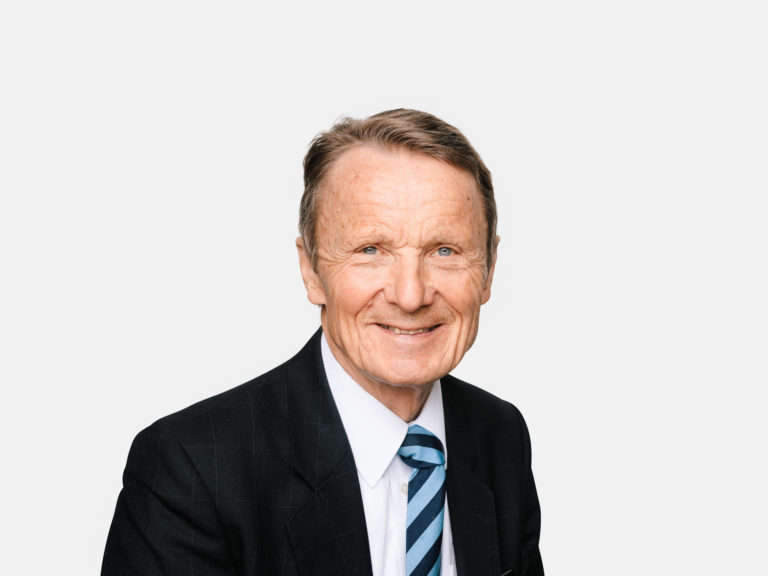 Mr. Enger (born 1948) has worked as CEO in Nordsilmel, Elkem, SAPA, REC, REC Solar and he has been in the executive management of Norsk Hydro and Orkla. Ole Enger has an educational background from Norwegian University for Environment and Life Sciences, NHH and IMDE Business School. He has board experience as both chairman and board member of a number of private and listed companies. Mr. Enger is a Norwegian citizen and lives in Oslo. 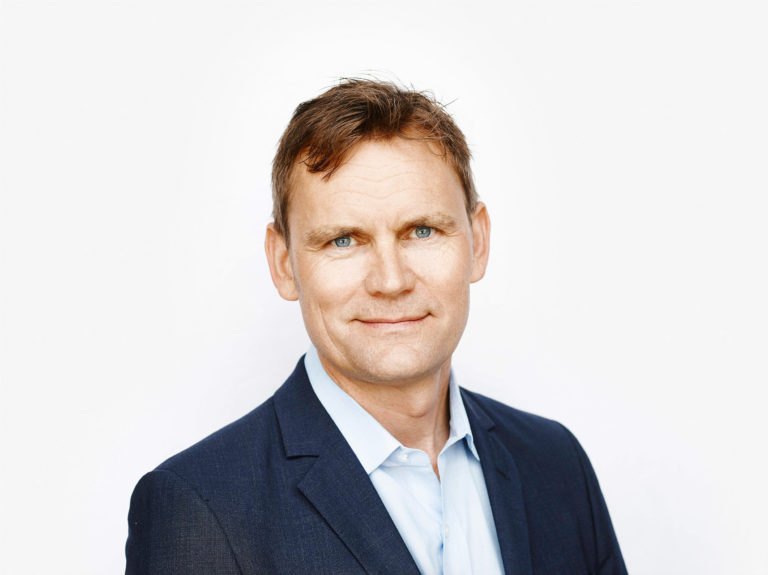 Jon André Løkke was appointed Chief Executive Officer (CEO) of Nel ASA effective 4 January 2016, and stepped down to join the Board in July 2022. Mr. Løkke comes from the position as CEO of Norsk Titanium AS, developing and industrializing 3D printing technology for the production of titanium components for the aerospace and other industries. He has ten years’ experience from the REC Group, including positions as senior vice president in REC Wafer, investor relations officer in REC ASA and CFO in REC ASA. Mr Løkke has also worked for the ABB Group and holds an International MBA degree from Glasgow University and a Bachelor degree in business and economics from Southampton University. 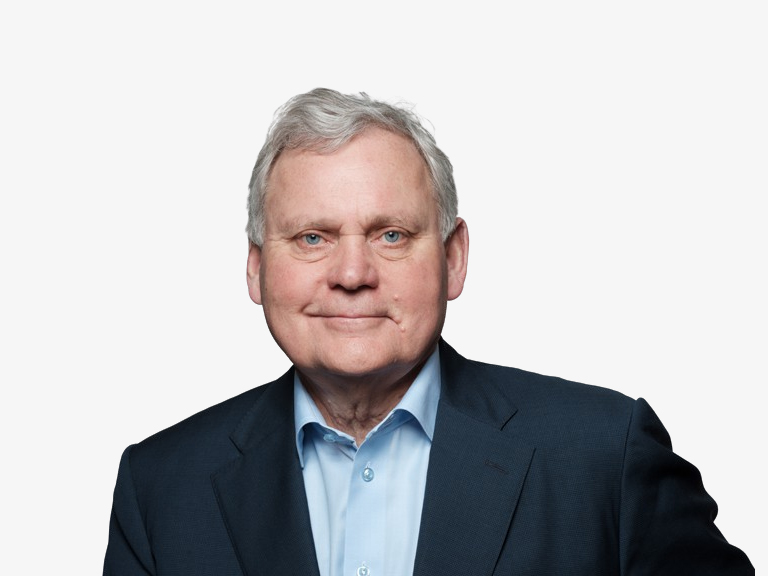 Mr. Røtjer (born 1953), former Senior Vice President, Head of Projects in Norsk Hydro ASA until 2018. He served as Executive Vice President Projects (member of Corporate Management Board) in Norsk Hydro from 2007-2012. He is currently a board member of Hæhre & Isachsen Gruppen AS and Hæhre & Isachsen Entreprenør AS. He has held previous board positions in Aibel AS, Det norske oljeselskap ASA (Aker BP ASA), Qatalum Ltd., and Green Energy Geothermal Ltd. Mr. Røtjer holds a master’s degree in Mechanical Engineering from the University of Trondheim, Norway. He is a Norwegian citizen and resides in Oslo, Norway. He holds no shares directly and/or indirectly in Nel ASA. 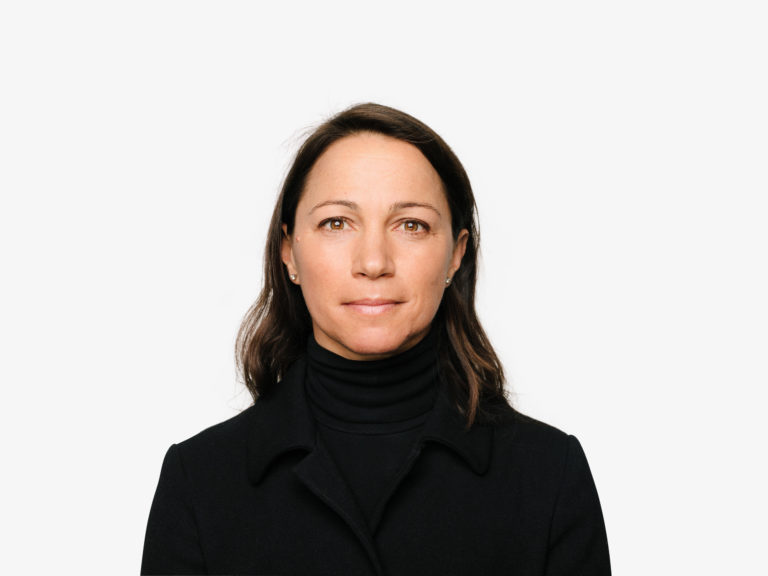 Ms. Beatriz Malo de Molina is a professional advisor to management teams and board member. Beatriz has served as Senior Vice President and Head of M&A at Orkla ASA and has previously held positions at Kistefos Private Equity and McKinsey & Co in Oslo, after a ten year career in the Investment Banking Division of Goldman, Sachs & Co. in London, Frankfurt, New York City and Mexico City. Ms. Malo de Molina began her career in 1994 within Ernst & Young’s financial advisory department in New York City.

Ms. Malo de Molina has board experience from publicly listed and privately held companies both in Norway and internationally, including chairmanship positions. She currently chairs the board of Crux Advisors and General Oceans, and is a member of the board and chair of the audit and risk committee of EMGS and a board member of Horisont Energi.

Ms. Malo de Molina is a Spanish citizen and has been a resident of Norway since 2006. 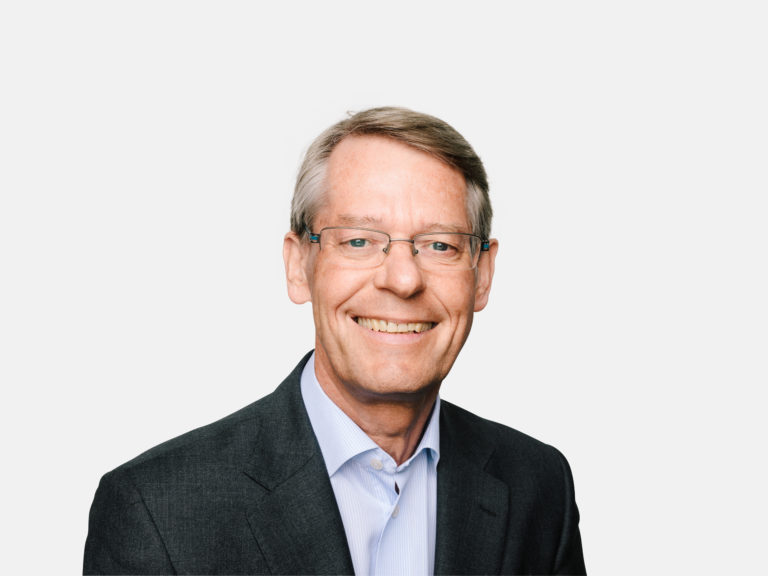 Mr. Jebsen (born 1950) has worked for Mars Inc. in the US and Norway and later for 25 years at Orkla ASA, where he held positions as Business Development Manager, CFO, EVP of Financial Investment division, EVP of branded consumer goods division, and CEO. From 2005 he has been working as a professional board member and chairman of several private and listed companies. Mr. Jebsen holds a Master’s Degree in Business from NHH and a MBA from UCLA. Mr. Jebsen is a Norwegian citizen and lives in Oslo. 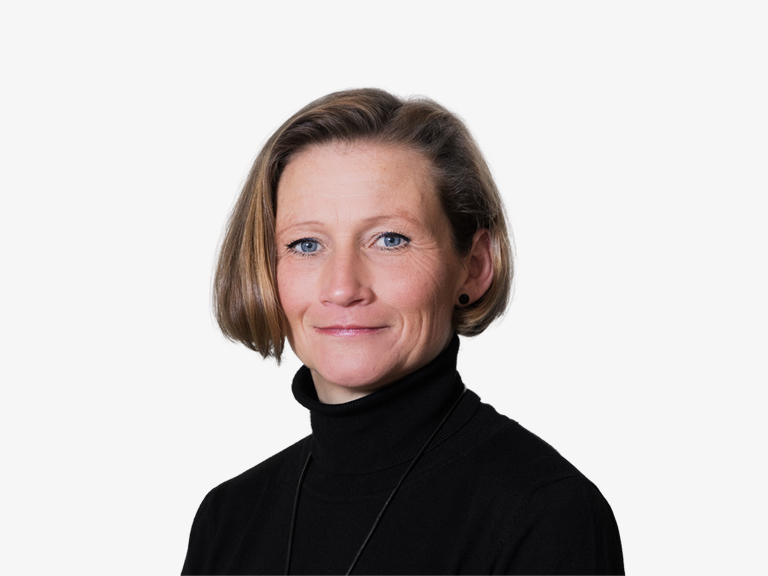 Ms. Falvin (born 1966) has held various management positions in the tech industry, including e.g COO of Axis AB and CEO of TAT The Astonishing Tribe AB,  with a focus on international business development and organizational growth. Since 2011, she works as a professional board member in primarily public companies in the tech sector of the Swedish stock exchange, but also in academia, banking and regional incubators for startups. Charlotta Falvin holds a Master of Science in Business Administration and Economics from Lund University in Sweden. She is a Swedish citizen, residing in southern Sweden. 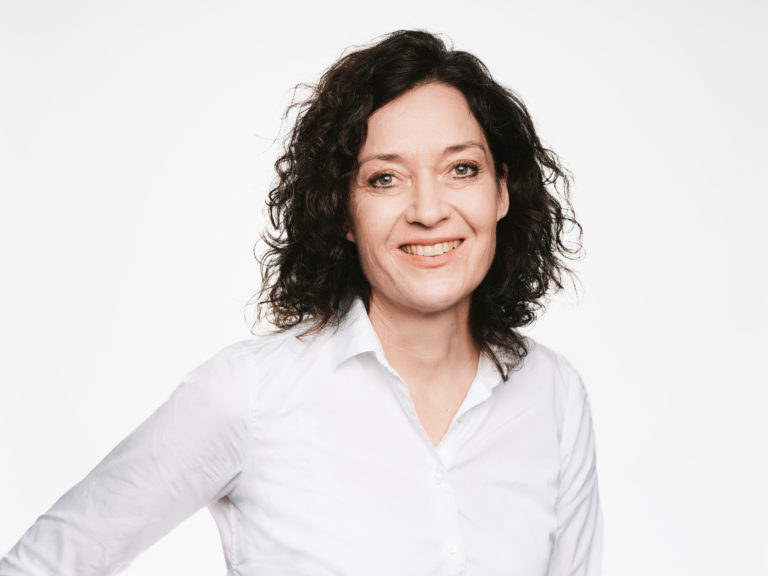 Ms. Blume (born 1968) is the CHRO in DOVISTA A/S and has previously held the position as CHRO, vice president in QHSE and different management positions in the energy and renewables sector. This includes being the CHRO of Ørsted for a period of 11 years. Ms. Blume holds a master’s degree in Business administration and commercial law from Aarhus School of Business and Oregon State University. She has management and board experience from both listed and private companies. Ms. Blume is a Danish citizen and resides in Juelsminde in Denmark. 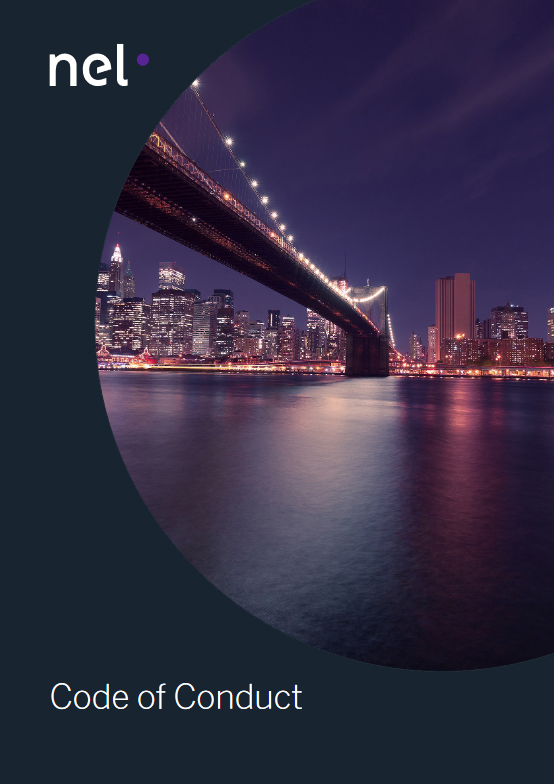 In Nel we believe that conducting business in an ethical, transparent, and responsible manner is not just the right way to work, but the only way to work. It is not sufficient to provide the best possible technical solutions, we also need to conduct ourselves in the best possible way.

Compliance with applicable national and international laws and regulations is mandatory, but we have to go beyond that. We must ensure that we do our business with the highest integrity, respecting the cultures, dignity, and rights of individuals and entities in the regions where we operate. We want to avoid the risks associated with inappropriate conduct and instead turn ethical and responsible business into a competitive advantage for Nel. I expect all of us to show the world that Nel will lead the way in this area also.

Therefore, we have developed a Code of Conduct, which describes business ethics principles and practices that are fundamental to Nel. The document reflects our values, the key pillars of the Nel Business System (NBS), and generally accepted principles for how to behave and act. Adhering to the Code of Conduct is mandatory for everyone who works in Nel or acts on behalf of Nel.

Combined with your sound judgement, the Code of Conduct should help you to make the right decisions. If anything is unclear or you have any questions about the Code of Conduct, you should seek guidance from your manager or other internal resources. I strongly encourage all employees and stakeholders to ask questions if you observe any suspicious behavior and/or possible violations of the Code of Conduct.

Any report of concern can be done through one of our reporting channels.

We have a leading role within the global hydrogen industry, and as such we compete for senior management talent within the industry in all its locations worldwide. 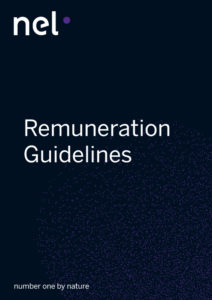 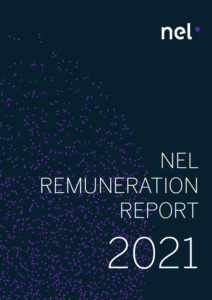 © 2023 Nel ASA. All Rights Reserved. H2Station, Nel, number one by nature, Optifill, Proton, StableFlow, and the Nel and Proton logos are trademarks of Nel ASA or its subsidiaries.
Twitter Facebook Linkedin Instagram