Why H2 is a Logic-al fueling solution of the future 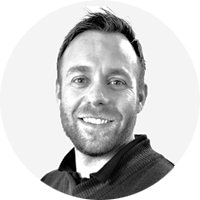 Back in 1891 Danish scientist – Poul la Cour – constructed a wind turbine to generate electricity that was later used to produce green hydrogen by electrolysis. Impressive, right?

In 2003 – over a century later - inspired by la Cour’s experiments, four young engineers from Aarhus University (including me) started to explore potential business opportunities in the development of green hydrogen industry in Denmark. We realized that the logical way to utilize the excess of wind energy was to put it into the production of green hydrogen. We understood the challenge with starting a company in a market without any established market -, so we initiated our work with selling consulting services and industrial products in the field of hydrogen.

Later, this gave us financial and market opportunities to establish H2 Logic A/S and make larger hydrogen related demonstration project and products within hydrogen fueling stations (acquired by Nel in 2015 and becoming the Nel Hydrogen Fueling Division in Denmark).

From the market perspective, there is a growing global trend toward renewable energy sources. Consequently, we see the increased need for the solutions to store and effectively utilize the potential energy surplus. Furthermore, the market also understands that fossil fuel needs a replacement to reduce the “greenhouse” effect.

From the hydrogen usage perspective, there is an understanding now that a pure battery electric vehicle is not an optimal solution to solve all needs in the market. The problem is that it doesn’t give the same “freedom” in terms of fast fueling and longer mileage as, for example, internal combustion vehicles that operate on petrol or diesel do.

Here’s where the hydrogen fuel steps in! We can say – now with ever-increasing confidence – that hydrogen is a solution that can deliver the power without any compromises. And we have the logic and scalable technology portfolio to make that happen.

LDV vs HDV: where is it more applicable?

When we think about the potential applications in the transportation sector, hydrogen fuel is suitable for more or less all types of vehicles. However, both battery electric and hydrogen fuel cell electric vehicles have a place to be. Hydrogen is more applicable in the cases when fast fueling and long mileage are required – for example, buses or trucks – while batteries might be acceptable when charging time is not as vital and the distance is shorter.

As for the infrastructure, buses and trucks have huge potential for hydrogen fuel. The reason is that the fleet is typically centralized. Relatively small infrastructure can potentially fuel larger numbers of vehicles. What’s more, developing this infrastructure for these heavy-duty motive applications can be a proving ground – and break ground – for the smaller mobility chain to follow.

With the logic established, it’s over to the technology – and from this point of view, Nel has the in-house technology to design, develop, and manufacture the key elements in the refueling station today.

Perhaps most importantly during these relatively nascent days of the hydrogen industry, Nel has flexibility in terms of installation of the fueling station; I’d say we have these “Lego” blocks that give us this modularity and integration flexibility. Not only is this steeped in flexibility, with Lego® a Danish product, it’s very apt here for the Nel Hydrogen Fueling Division team that’s steeped in Denmark.

But there’s more to this technology toolkit. We’ve also started developing contamination-free compressors to further add value and functionality to the fueling station solution. Nel is now able to offer a dedicated diaphragm compressor designed for frequent start-stop and 100% contamination-free compression. Designed for dynamic operation, this technology is capable of start-up under pressure to avoid hydrogen venting, boasts a repeated 15-second fast start-stop operation, and even long maintenance intervals of up to 4,000 hours.

Further still, we are now able to bring this compression technology together with a unique triple point C02 (carbon dioxide) system for cooling the hydrogen dispenser (a compact dispenser which can be placed up to 50m away), and the advanced software and programming systems required to ensure a safe, reliable, and truly cost-competitive solution.  And, so far, the only hydrogen cooling system on the market compliant to European and USA EPA 2020+ regulations.

We now have the hugely impressive technology to match the huge potential in hydrogen, and with the increasingly huge appetite of industry, investors and the public alike, a compelling combination that’s almost as impressive as those feats of la Cour a century ago.

H2 as a fuel: a future game-changer

Looking forward, hydrogen is becoming more publicly accepted as the universal energy carrier for various applications and vehicles. Hydrogen fuel gives the same freedom as gasoline or diesel fueled cars with only water as exhaust. Really fascinating! I would believe that in 2050, 50% of all light duty vehicles might drive on hydrogen.

At the same time, hydrogen will potentially open new business as well as employment opportunities. As someone that has been “stuck” in the hydrogen industry since those inspired days of 2003 and the formation of what was once H2 Logic, I can say it’s a pretty exciting place to be employed!