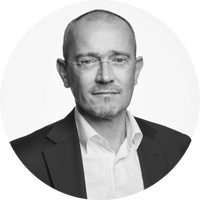 The electrolysis market has grown enormously over the past 15 years

Policy makers are the rock stars of the energy industry and policies supporting fast deployment of new technologies is needed now!

Electrolysers are the only pieces of technology that convert green power into the simplest, chemical form of energy – green hydrogen

By simple definition, an electrolyser is an energy conversion device. So, what does that mean and why is it relevant to our world today? If you’re listening to Nel’s podcasts, you probably already know what I’m about to delve into, but just in case, let’s take a closer look.

Why is this relevant? Because the two most abundant sources of green energy – solar and wind – are both electric and we need this green fuel to fully decarbonize the energy system; and it just so happens that electrolysers are the only technology around that does that.

The important thing about green hydrogen is that it will allow us to decarbonize hard-to-abate sectors, such as steel manufacturing. It is an excellent source of a green fuel for mobility, particularly when it comes to heavy duty mobility applications, no matter what mode of transportation you are using – automobiles, boats, trains, or planes. It is a gaseous energy carrier that offers seasonal energy storage capabilities, and it is cheaply distributed by a gas distribution network.

But hydrogen’s new… or is it?

When I first entered the hydrogen sector, I was surprised to discover that it’s not new. It’s an industry that has been around for a century already.

In 2011, I went to a one-day electrolysis conference in Copenhagen. The moderator opened up the conference with a slide picturing a century old windmill. Long story short, the owner of the windmill apparently was already producing wind hydrogen a century ago!

Now that sobered up a few of the hot shots in the room, myself included. But what about mobility, you might ask? That’s not new, either. The first cars were run on electric power.

Rock stars of the industry

You might be wondering about the title of this episode. It has to do with a comment Frank Timmerman, the EVP of the European Commission, mentioned in 2020 regarding electrolysers being the rock stars of the energy transition. While I agree with the importance of electrolysers, I think there is a more accurate statement to be made:

I believe that it is energy policy makers that are the true rock stars of the energy transition. Or at least they should be encouraged to become so. Here’s why:

The industry has taken baby-steps over the past decade due to lack of a volume market. We went from kW size to MW size driven by technology push measures from various governments. On the flip side, during this next decade, we will go from MW size to GW size driven by policy market pull measures being announced and prepared. This will ignite the volume and scale ramp-up, the supply chain will develop, and costs will tumble down.

Just picture this in your mind: you see GW offshore wind parks being constructed with turbines of 10+ MW and blades of over 200 m long…. policy makers have the power to make all this happen. They are the rock stars writing and creating the music (to play on Rob’s words in the episode) – the electrolysers are the instruments that physically make the music possible.