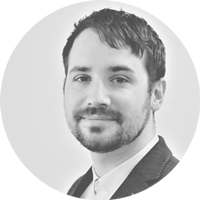 Our future heavy-duty platform will be able to fill trucks with up to 35.000kW

As a pure-player, Nel has all the key pieces to produce and fuel hydrogen

We’ve all heard the phrase, but it still begs the question…

What is the business case for hydrogen?

Nowadays, the oil market is highly volatile due to different external factors that bring up many variable expenses. For economies currently reliant on the oil and gas market, hydrogen has a valuable role to play in filling that void. And, while rescuing fossil fuel companies from a demise of their own making is far from a priority for future-focused companies like Nel, given it’s not only the sustainable choice but ALSO makes economic sense, it’s a no-brainer. The eventual business case for hydrogen is the most desirable dream of any oil company that strives to have 90% of the variable costs of an oil production fixed for the next 30 years, whilst the fuel price is only increasing over the period. In reality, it is possible with hydrogen when connected to renewable energy sources such as wind and solar.

When we think about the production of hydrogen-based on electrolysis, the cost of water is relatively low, while the electricity cost is about 90% of the total variable expense. Actual prices for wind and solar energy have been down for the past ten years and will go down further as wind turbines and solar panels are getting cheaper. The solar/wind investment will allow estimating the total energy cost for the next 30 years and make the hydrogen prices more foreseeable. When hydrogen is used as fuel, it will be competing with diesel and gasoline, so relatively fixed costs but increasing sales price for the next 30 years make it an excellent business case.

Several regions have addressed the existing chicken and egg scenario of hydrogen infrastructure in a constructive way.
Take California, for example, where the Zero Emission Vehicle (ZEV) mandate dictates the car manufacturers offer ZEV vehicles to the market. Otherwise, they will pay a fine, with an increasing percentage share of annual sales every year. In comparison, in Europe, there is an emission target that is gradually reduced every year – but this does not force the OEMs to offer ZEV from day one. Furthermore, there are a certain number of subsidy and funding schemes that support the deployment. California has also secured adequate support schemes on the infrastructure to support the mandated vehicle deployment. Although in Europe there were only demonstration schemes that could support a few stations commissioning, now we’re seeing significant investments in the hydrogen market within the European Green Deal.

The private market will only deliver what societies are asking for – that is capitalism. As such, if a community is not “asking” for ZEVs, the market will not deliver them. So it starts with the society making a decision that they want ZEVs. This is where government comes in, to give the initial push.

One option – as has been done in California – is to mandate it; if the market doesn’t deliver, they get fines, and if the penalties are high enough, it is quite the push in favour of ZEVs. That would be the “stick” side of the colloquial stick and carrot approach. Whether that will work depends on what fits best into the regional market and what is achievable. For example, in Denmark, we would not be able to make a ZEV mandate like in California, as this would fall under EU regulation – but we CAN create market incentives… carrot!

The hydrogen hype back in the 2000s was unfortunately not backed by FCEVs being matured and available. The situation is different today, where they are far more readily available. Additionally, fuel cell technology itself has advanced significantly, and is now making its way into other vehicle segments such as Heavy Duty Vehicles (HDV).

Nel’s Fueling division is currently working on a new product platform which will be our main focus for the next 3-4 years. Together with the field experience of our fueling station network, and the rapidly growing engineering workforce, this platform will be a game-changer in terms of reliability and TCO (Total Cost of Ownership). Although Hydrogen Europe has quite challenging costs targets, we are confident that we can significantly undercut these targets with our new platform. The LCOH (Levelized cost of Hydrogen) is, in the end, what will make the difference.
To ensure the success of this industry and be a significant market player, we are participating in standardization and industry groups that are defining the technical solutions. Some notable examples of the upcoming changes include the fueling nozzle and the fueling protocol, and related safety functions.

Safety is an important keyword here. To get a feeling of the energy flow we are dealing with: the current high-performance electric chargers can charge the state-of-the-art electric car, the Mercedes EQS, with a maximum of 250kW. Our current car dispenser transfers energy in the form of hydrogen with a maximum 7000kW to for example the Toyota Mirai or the Hyundai Nexo. Our future heavy-duty platform will be able to fill trucks with up to 35.000kW. We already work with major truck OEMS on pilot stations on a slightly smaller scale, and as always, whether we’re working with lower amounts of energy or these industry-leading high quantities, safety is always our top priority!
The current plan is to have the first full-scale test with all required serial components like regulators and valves at the beginning of 2022. The team is working very closely with component suppliers to make this a reality.Soon, we will also be able to present our HD dispenser concept. The first version is already in the assembly in the workshop and we’re very much looking forward to presenting this to the market!

So where does Nel fit into all this? Nel is one company having all the key pieces to produce and fuel hydrogen – and most importantly, making us a pure player in the market. For larger companies, hydrogen is typically just a new and very small business segment, and it is harder to justify investments, like on the scale that Nel is doing. We not only have the knowledge and experience to make this work, we also have the flexibility to adjust to fast-paced development. It’s going to be an exciting next few years!