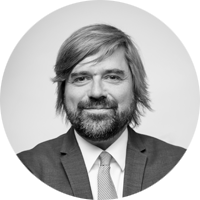 Big commitments and cooperation by leading nations are essential

Public acceptance of the technology is crucial for its success

Working within the industry for several years, I have seen hydrogen moving forward at a rapid pace. You can see it all over Europe, with the highlight being the hydrogen strategy published by the European Commission in July of last year.

Within that strategy, the European Clean Hydrogen Alliance was specifically mentioned as the key industry organization supporting its implementation. Significant progress has already been made and recently, the alliance has performed a project collection exercise where more than one thousand projects were collected into the pipeline. These projects are now building the foundation for reaching the ambitious 6 GW target in 2024, before moving on to the 40 GW target in 2030. Additionally, more than 400 projects have been selected nationally through the IPCEI (Important Project of Common European interest) process, so we are in for some very exciting times. In my opinion, what is happening at the moment is truly breathtaking.

There are still several things that must be sorted before we can secure the future of the renewable hydrogen, and it all boils down to policy, policy, and even more policy. We need a regulatory framework in place to secure the hydrogen economy, and we all have to contribute proactively. At Nel, we have just been through a very successful process of recruiting a head of EU affairs to strengthen our resources when it comes to international cooperation. Our CEO, Jon André Løkke, was, as of last year, elected to the board of Hydrogen Europe, which will play an important part in this. I cannot underline this enough: we need to have proactive players in the development of new policies.

So, what about frameworks? As it stands now, the regulatory framework for hydrogen is non-existent. We know what needs to happen, now it’s about actually making it happen. The challenges are complex and consist of several smaller, individual challenges. We are currently working towards getting the framework realized, and Hydrogen Europe took an important step towards doing exactly that with the “Hydrogen Act.” This act entails the main component: which is that we need to act now on regulatory framework. It doesn’t dictate the ultimate solution to overcome this challenge, but rather, presents opportunities and possibilities while also discussing different combinations of funding tools. Kicking off the market today with short term tools and setting up market demand stimulating tools for the next ten years that helps build sustainability in the market. Now is the time to proactively influence the market.

In regards to international cooperation, the G7 nations will obviously play an important part. Germany is currently leading the way, and recently started to implement crucial regulatory steps. It is not yet the ultimate solution, but it’s a good base to start off the first large-scale projects. Germany just selected over 60 projects to advance to the IPCEI matchmaking, and they account for nearly all of the budget Germany announced to use for hydrogen. That’s exactly the type of big commitments we need to get these projects to move forward and be realized. Even if they aren’t committed into the IPCEI, the government backing is there and will be taken care of on a national level. Role models like these are exactly what we need, where we see examples of regulatory frameworks being put into place.

Also, we are seeing an increasing growth in international cooperation happening right at this moment. Portugal and the Netherlands, Germany and France, and even outside of Europe, with Japan and Australia currently working on export/import models and technologies. There are key competencies spread out all over the world, so it’s definitely important that these leading nations are taking advantage of it.

The politicians and the public: The two-fold mission

Public acceptance of the technology is absolutely crucial for its success. This involves convincing both politicians and the public of the advantages of hydrogen. The challenge is that the advantages of hydrogen lie in the overall systematic benefits it brings. You can’t just break it down to a one-dimensional argument like “efficiency,” which is much easier to “sell” to the public. An energy system dominated by fluctuating renewable energies will only work with hydrogen as a large-scale storage device. A system like that does not only work with electrons, it needs molecules too!

Luckily, it seems like the benefits of hydrogen as a renewable energy system are becoming more widely understood and acknowledged. In addition to that, the ambitious international climate targets finally force hard-to-abate sectors like industry (steel, chemistry, refineries) and heavy-duty transport to develop solutions, and hydrogen really is the only promising one.

The focus on more sustainable solutions have made the benefits of hydrogen more visible to both politicians and the public, but we still have to raise the awareness around this technology to the average person. There is still much work to be done in this area, but the benefits of renewable hydrogen are more widespread than ever.