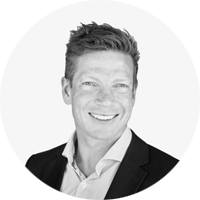 Hydrogen sits at the intersection of nature and technology

Hydrogen is a solution 13.7 billion years in the making

It can be said that the story of Nel Hydrogen tells the story of the development of the hydrogen industry itself. And who better to tell that story than the “Professor” himself, Bjørn Simonsen? Although he’s no longer officially a member of the Nel team, like our podcast co-host, Rob, Bjørn is very much still an honorary member of Team Purple. So we were happy to have him as a guest on the show and as a guest author on our blog.

Without further ado, we give you the story of Nel, as told by Bjørn Simonsen…

The story of Nel is in many ways the story of how we humans have gradually managed to make use of this swiss-army-knife element (first coined by IAEE) here on earth – or potato, as we’d refer to it in Norway – since we Norwegians like to use potatoes for everything.

In Nel, we (and, yes, I’ll probably be saying “we” for a while yet!) have been developing hydrogen technologies for almost a century. I find it fascinating that the start of Nel back in the 1920s was already with electrolysis on the several hundred-megawatt scale – and with abundant renewable energy as the big enabler. Only a handful of those mega plants were built before natural gas took over as a cheaper source of hydrogen. Ironically, now almost one hundred years later, the world has come to the conclusion that what we did back then wasn’t such a bad idea after all, or in other words: renewable hydrogen strikes back.

Up until the mid-70s, Nel was an integrated part of Norsk Hydro, which started as a pure-play fertilizer company (today known as Yara). After the brief merger of Hydro with Statoil, Nel then ended up, for a period of time, being owned wholly by Statoil (today known as Equinor, Norway’s biggest oil and gas company). Interestingly enough, their pension fund is what’s left of that ownership, but I’m willing to bet that it very likely has been their best investment so far.

In 2014, when I joined the company, Nel became the first hydrogen company to be listed on the Oslo Stock Exchange. Since then, we (there it is again!) have grown to become one of the leading fueling station manufacturers after the acquisition of H2 Logic in 2015, and then the world’s largest electrolyser manufacturer after the 2017 acquisition of Proton OnSite. It’s truly been an exciting journey for both employees and shareholders, and it seems the fun surely is continuing.

Parallels with the development of the global hydrogen industry

Put simply, the global hydrogen industry has evolved over two axes – first as an input factor, or ingredient in for example ammonia/fertilizers – then as an energy carrier for mobility/energy purposes.

Nel has, as mentioned, been involved in the entire development – from its early beginnings until today – and we’ve consistently been a pioneer within the field, with many world firsts. This both with regards to industry – with the several hundred megawatts of electrolyser capacity installed in Norway – to the world’s first publicly available hydrogen fueling station which opened in Reykjavík in 2003. And let’s not forget the world’s first power-to-gas project when 10 households on the island of Utsira off the west coast of Norway (actually quite close to where I grew up) ran solely on wind energy and hydrogen for several years. And not to brag (ok, maybe just a little), but through our Proton side of the company, we were also the first to offer PEM electrolysers to the market, back in 1996.

Ten years ago, the technology wasn’t ready. Now it is.

Ten years ago, renewable hydrogen was too expensive. Now it can outcompete fossil fuels.

Ten years ago, the world thought batteries and renewables would solve all our emission issues. Now we know we need hydrogen not only to get to zero, but that it will be a big part of the solution.

We are at a point where it has become inevitable, and where other megatrends have been pushing hydrogen forward over the last decade, hydrogen is about to become a megatrend in and of itself.

Hydrogen is a solution 13.7 billion years in the making, and I find it endlessly fascinating that we, at this specific point in time, are at a stage where we can harness the power of what the universe has used as the preferred fuel and building block since dawn of time.

I’m very proud that Nel, as a technology leader, has played – and I’m sure will continue to play – a key role in enabling just that; both for industry and mobility.

And hopefully, I can contribute to continue accelerating that transition also in my new role.