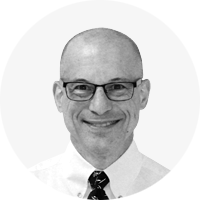 Region Manager - Eastern US and Canada

On-site hydrogen is economical, reliable and offers advantages across a whole range of customer needs

Hydrogen generation is a smart investment

I’ve been in the hydrogen industry for several decades now…and I love every minute of it! I love this industry because of its wide-ranging applicability and focus on end-users and applications. Hydrogen is used by industrial customers to make their products better, processes more efficient, plants less polluting, and profits higher. For the 20 years that I’ve been with Nel, my main focus has been on industrial uses of hydrogen (which preceded the newer uses as an energy carrier). Hydrogen by water electrolysis is a bridge between the electrical market and the chemical market (including fuel).

Using traditional technologies, hydrogen was manufactured in one facility and then distributed to sites where it was stored for use. This approach introduced risks and high costs.

Now, on-site hydrogen eliminates the whole distribution and storage of hydrogen, enabling full control of hydrogen at your own facility where it’s available when needed.

At Nel, we’ve “crossed the chasm” to grow our customer base from early adopters to mainstream hydrogen users. We worked hard to meet the needs of our customers and we’ve earned many successes because of it. We are proud that Nel has customers who have bought multiple hydrogen generators from us and many who have traded up to larger machines to accommodate their growth.

Changes in the Air

For the first time in (American) history, economics is favouring renewable technologies! Renewable electric power is changing the energy industry.

A huge impact in the industry is the hydrogen use for lift truck fuel; this growth has been rapid and steep. Projected mainstreaming of hydrogen use for commercial and passenger vehicles is pushing customers to consider the alternatives to the old supply approaches.

Nel’s on-site hydrogen generation obviates the need to utilize the limited, existing infrastructure by making hydrogen reliably available at the point of use.

Another point for on-site hydrogen generation!

So I hope you’ll join me in this podcast episode to learn more about on-site hydrogen.