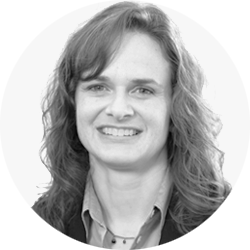 From a chemical and materials perspective, hydrogen is very multidisciplinary

The industry is advancing rapidly, and we're ready!

From a scientific perspective, hydrogen is diverse and connects between many industries. As a chemical building block, it connects so many things. And put bluntly, regardless of how hydrogen ends up fitting into the transportation story, there is simply no way to sufficiently reduce our carbon dioxide emissions without renewable sources of hydrogen.

So where does it come from?

The process behind the production

If you’ve found your way to this post, you’re probably already familiar with the basics on producing green hydrogen. But just in case, let’s take a look. Hydrogen is produced through the process of electrolysis. Electrolysis simply means to split something with electricity (and for green hydrogen, that electricity is from renewable sources). In the case of water electrolysis, the water is split into hydrogen and oxygen electrochemically. Catalysts are required to reduce the energy needed for this process – one for the oxygen reaction and one for the hydrogen reaction. In our membrane-based (PEM) systems, those catalysts are coated on either side of a plastic membrane. Water flows on one side of the membrane, where the catalyst and electrical energy split it into oxygen and protons. The protons then cross the membrane, which can only conduct positive ions, and combine to form hydrogen on the other side of the membrane. The membrane keeps the gases apart so that the system is safe, and, depending on the internal design of the electrolyser, allows for hydrogen to be produced at high pressure, while maintaining a low pressure for oxygen. Each membrane sheet is part of a cell, and these cells can be stacked together separated by metal plates to form stacks of hundreds of cells.

When it comes to the water, commercial systems today require pure water, such as distilled or deionized water. The purity standard is ASTM Type 2, which means it has almost no ions in it.  Proton exchange membrane systems are especially sensitive to metal ions, since they can go into the membrane and block the protons, but all types of electrolysers take pure water as the feed source, so that ions don’t build up in the system as the water is consumed, and so that other impurities don’t poison the catalyst materials.

In Nel, we’re excited about some of the technology advancements coming up based on several large projects we’ve been working on. One such project focuses on our new PEM cell stack that represents a factor of five in the increase of hydrogen output. This new stack is both the tallest and largest area stack we have ever designed, so it’s pretty exciting. We also have programs looking at next generation membranes, to understand how much more efficient the electrolyser can become, manufacturing projects to understand the impact of the manufacturing process on how low we can go in catalyst loading and membrane thickness, as well as alternate cell designs for lower material usage.

For much of this development, we have been lucky to have the opportunity to work with several top universities in the United States and currently five of the U.S. Department of Energy National Labs. These partnerships allow us not only to build our technical credibility in the research community, but also to explore and leverage best-in-class technical expertise and outside capability in our technological advancement.

Alkaline or PEM? Battery or hydrogen? The choices aren’t that simple

Working with electrolyser development, we often get the question about which electrolyser technology will be the “winner” going forward. If there indeed is a winner among the two, we won’t know until many years in the future. As of today, both alkaline and PEM electrolysers have their advantages for different applications, and neither has reached the end point for improvement. From a technology perspective, there is still a lot we can do in materials and manufacturing development, which is where a lot of the science questions come up. That’s one of the great things about working in Nel, we get to work on different technology challenges every day.

Similarly, a question that’s often posed to those of us working in hydrogen is which green technology will win out: battery or hydrogen? Simply put, there is no universal technology that could address every single application. Batteries often serve short storage applications better while hydrogen is more attractive for long storage times.  So, there is – and will continue to be – a place for both batteries and hydrogen.

That said, while there are a lot of great hydrogen technology advances to talk about these days, the development of the industry could progress even faster. Battery vehicles have traditionally received bigger focus with regards to government support. If the same amount of investments were put into hydrogen development, the industry would grow even faster. In particular, support for development of manufacturing capabilities and deployment of the technology at large scale would make a big difference. The deployment would not only support development but also create real cases that could be used to demonstrate the technological effectiveness and applicability.

The private sector can potentially gain from investing in hydrogen as well. Hydrogen is a major industrial gas, regardless of when other applications emerge for energy storage and fueling. If companies really want to become sustainable, they will have to figure out how to get hydrogen with zero carbon dioxide emissions, economically. And progress there will help drive the new applications as well. So, I think once the momentum picks up, renewable hydrogen deployment will start to expand at a rapid pace. It’s a great time to be in the industry!