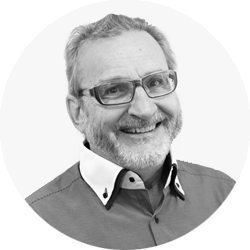 The story of Nel in Norway is one of opportunity.

Norsk Hydro – the original parent company of what is today Nel – was founded in 1905 to meet the fertilizer needs of the agriculture sector. The founder, Samuel Eyde, saw an opportunity to utilize Norway’s extensive hydroelectric resources to build up a new industry for producing fertilizer.

From 1905-1928 Norsk Hydro installed fertilizer factories in Notodden, Rjukan, and Porsgrunn. Production and generation of fertilizer was done through a process developed by Eyde and a partner of his, Kristian Birkeland. Referred to as the Birkeland-Eyde process, it required large amounts of electric energy, which is also why Eyde constructed what at the time was the world’s largest hydro-electric power plant to support the production. After several years of operation, Norsk Hydro decided to transition to the more efficient Haber-Bosch ammonia process in the mid-1920s, and that is where the opportunity for hydrogen arose! Ammonia production requires huge amounts of hydrogen, which means that the electricity previously used to power the Birkeland-Eyde process would now be utilized for producing hydrogen, through electrolysis. Norsk Hydro developed an electrolyser plant which was piloted in 1927 and set to full operation in 1928.

Today, there is a rapid shift towards renewable energy sources such as wind or solar power. Thus, we have to rethink our current technologies and make them more efficient. It takes around 10 minutes* from the time it is put into operation to full load for the atmospheric electrolysers used today. If the electrolyser is connected directly to renewable energy sources such as wind or solar, i.e. not grid-connected like most plants are today, the response time needs to be decreased to seconds. The way to adapt electrolyser plants to renewable energy is to develop high pressure electrolyser facilities that can achieve full load capacity in seconds.

One of Nel’s first projects with renewable energy sources other than hydro was on the small island of Utsira, in Norway, where the world’s first wind-to-hydrogen energy system was installed. Within this project, several households at Utsira were supplied by the energy generated from wind turbines, with the excess power used to produce hydrogen. Operation of the plant clearly demonstrated the benefit of having a highly flexible electrolyser with response time within some few seconds for transferring renewable wind energy to hydrogen gas.

Alkaline or PEM? Both.

In Nel, we produce both alkaline and PEM electrolysers. So, which one is the one will lead the future? The answer to that is that there is no answer to that; at least not yet. If we talk about huge hydrogen plants in industries such as steel or ammonia with more centralized production of hydrogen, alkaline technology is the most simple and robust solution. At the same time, when we think about decentralized production of hydrogen where a smaller footprint is required, PEM technology is more appropriate. For the time being we are developing both technologies, and there is room for improving both as well.

From the past to the future

Hydrogen historically played an important role in different industries such as agriculture and electronics – and it still does! However, increasingly, hydrogen is also evolving as an energy carrier. When I first started in Nel (then Norsk Hydro Electrolysers), we had only industrial customers. Today, hydrogen is becoming an important element in the energy sector and brought into the public areas. It’s an exciting time to be in this key area of the energy transition.

*In the podcast, I said 15 minutes, but it is actually around 10 minutes.